A customer-focused commitment to keeping Montgomery Transport Group’s fleet on the road and operating efficiently was crucial to the success of Mercedes-Benz Dealer Intercounty Truck & Van in winning a prestigious order from their shared parent company.

Both businesses are part of Newtownabbey-based Ballyvesey Holdings, which is investing in 100 fuel-efficient Actros. The majority of these vehicles are going to Montgomery Transport, which provides a range of just-in-time services to a broad cross-section of customers working across the FMCG, retail and wholesale, manufacturing and construction sectors. Its new Actros 2545 tractor units employ 12.8-litre in-line six-cylinder engines that produce 330 kW (450 hp) and have been specified with either StreamSpace or BigSpace cabs.

Five of the Streamspace models are being assigned to Montgomery Distribution Ltd, as well the rigid vehicles ordered. The first of these 13 curtainsiders is scheduled to enter service next month. All are 18-tonne 1824 models with 175 kW (238 hp) 7.7-litre straight-sixes, ClassicSpace S-cabs, and PPS Commercials bodies with Dhollandia tail-lifts.

Although Intercounty Truck & Van is a ‘sister’ company to the two businesses now introducing the new Actros to their respective fleets, it won the order in the face of strong competition from other manufacturers.

Montgomery Transport’s new Mercedes-Benz vehicles are replacing trucks from rival marques. Its first from the latest Actros model generation, they are equipped with ground-breaking technology such as MirrorCam, the camera-based replacement for conventional mirrors; the radical Multimedia Cockpit, with its stylish and intuitively-operated twin screens; and the Active Brake Assist 5 emergency braking system, with improved pedestrian recognition capability.

Once the last of the new trucks has entered service, all but 10 of Montgomery Transport’s 119 tractor units will wear three-pointed stars. Its newly-promoted Managing Director Ian Dickinson confirmed: “Intercounty Truck & Van has had to work hard and prove it is worthy of our business. Its success in doing so reflects the quality of the Dealer’s people, as well as the quality of the Actros as a product.”

Montgomery Transport also undertook extensive trials at various sites of vehicles by all three of the truck-makers with which its parent company has a direct association, as well as a fourth from outside the group.

“The new Actros did very well and the excellent fuel economy we recorded during our evaluation exercise has been reflected in the returns from the first 50 units that we’ve put into operation,” confirmed Mr Dickinson. “They’re consuming 14% less diesel than our previous fleet average.”

There was praise, too, for the ongoing programme of driver-training delivered by Noel Marno, Intercounty Truck & Van’s Handover Specialist. “Noel’s support has been invaluable,” enthused Ian Dickinson. “He’s been to three locations so far, including our headquarters in Northern Ireland, and has spent a great deal of very productive time with our own driver-trainers, who are now passing on his knowledge to those on the front line. Noel’s a fantastic guy, always available when we need him, and represents a big ‘tick in the box’ for the Dealer.”

Equally important to Montgomery Transport has been the performance of Intercounty Truck & Van in running the vehicle maintenance unit at its primary English depot in Preston. Appointed to this crucial role in March, the Intercounty team is led by Head of Fleet Workshops Rob Powell, who is supported by Depot Manager David Birch and Workshop Controller Ann Marley.

“We’re very pleased with the way the VMU is running,” reported Mr Dickinson. “Since the Dealer took on responsibility for our workshop we’ve seen a definite improvement in vehicle uptime, with fewer repetitive issues and more ‘first time fixes’.

“Rob runs a very efficient operation. He and his team have been maintaining vehicles by all three of the manufacturers represented on our fleet, and are proactive and responsive, agile and flexible. The relationship is still relatively new but there is a definite feeling within our business that we are a valued customer, and that if we ask for something to be done then it will be done, and quickly too.”

Ian Dickinson added: “The Montgomery Transport Group has evolved significantly over the last couple of years and we continue to make progress against the current, challenging backdrop. As with every other haulage company we’d like more drivers and I’m confident that our latest state-of-the-art Mercedes-Benz vehicles will help us not only to attract new recruits, but also to retain those highly valued colleagues who already contribute so much.”

Ballyvesey Holdings was established in 1970. In addition to transport and logistics, and truck sales and aftersales, the group has interests in trailer manufacturing and spare parts sales, transport industry services, construction equipment sales, and property rental and development. 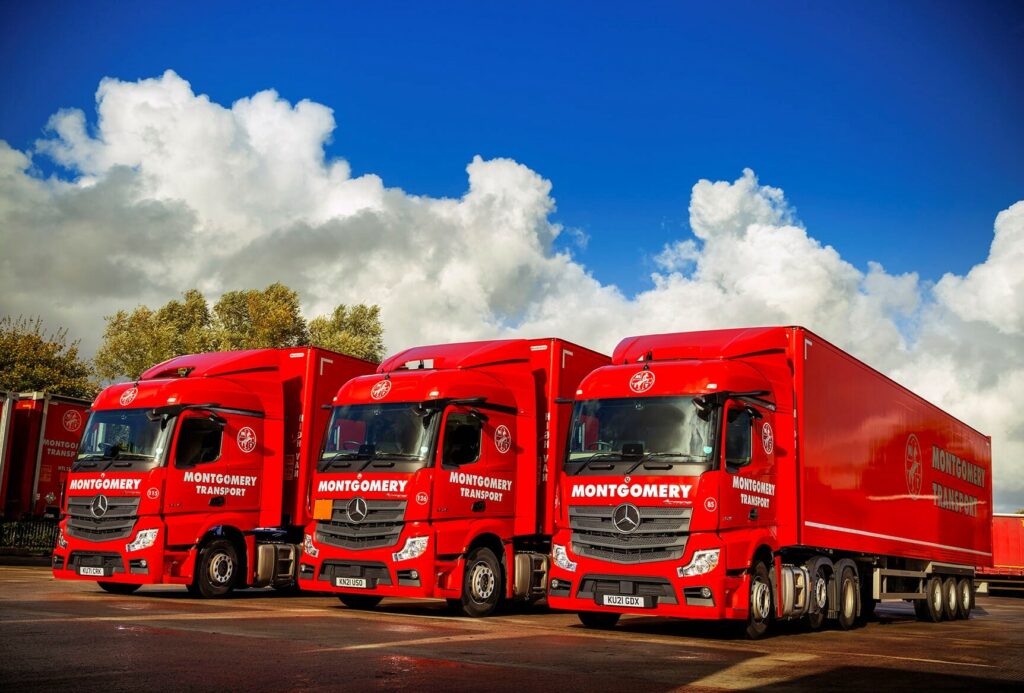 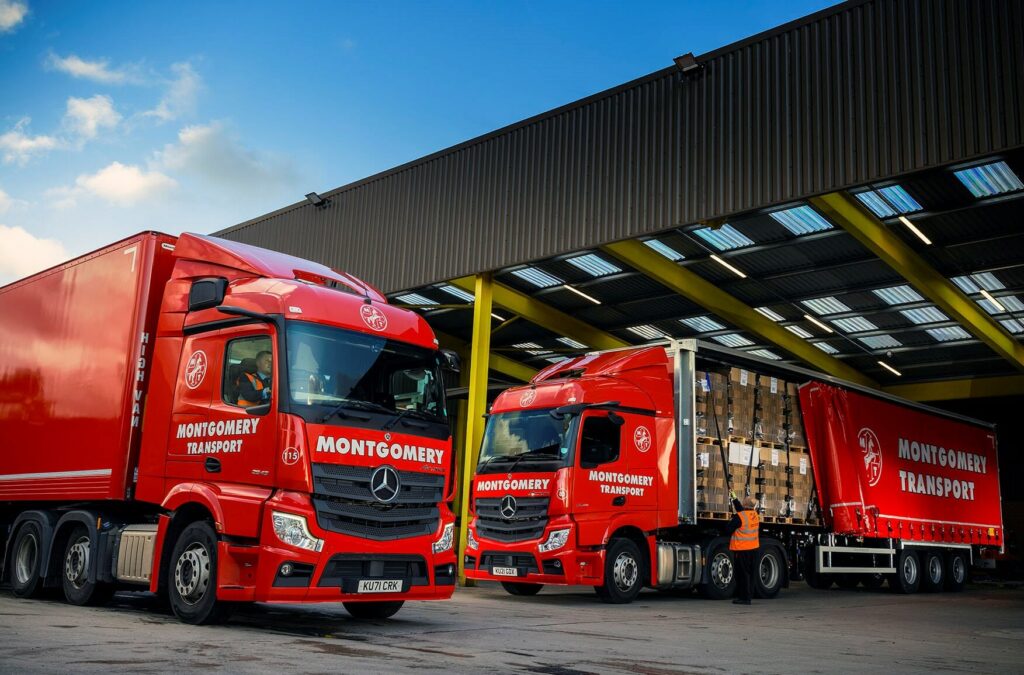 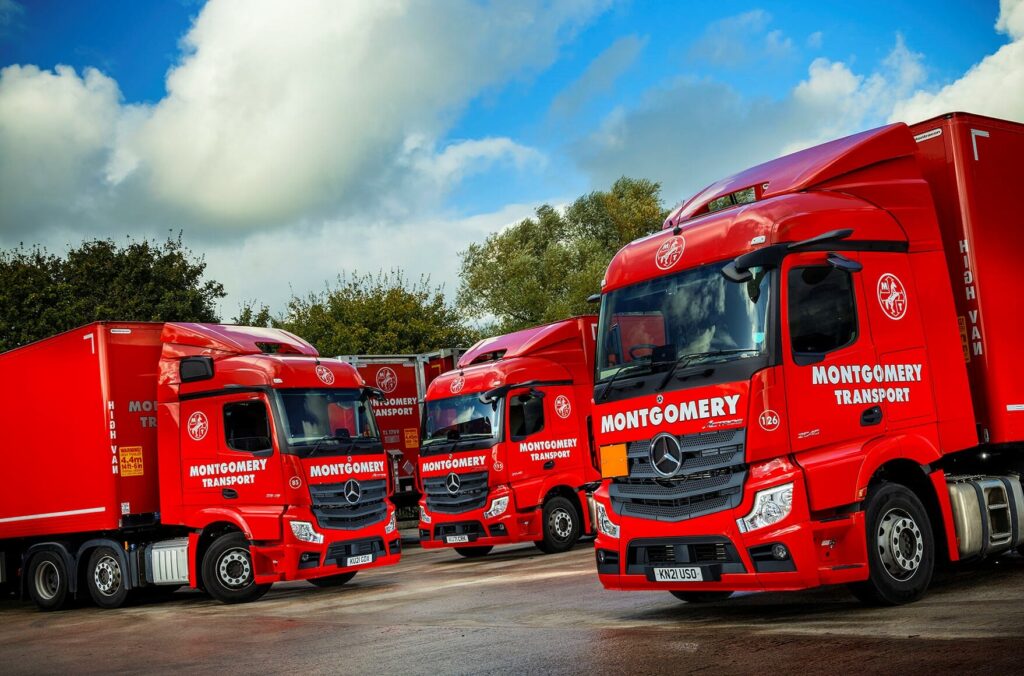 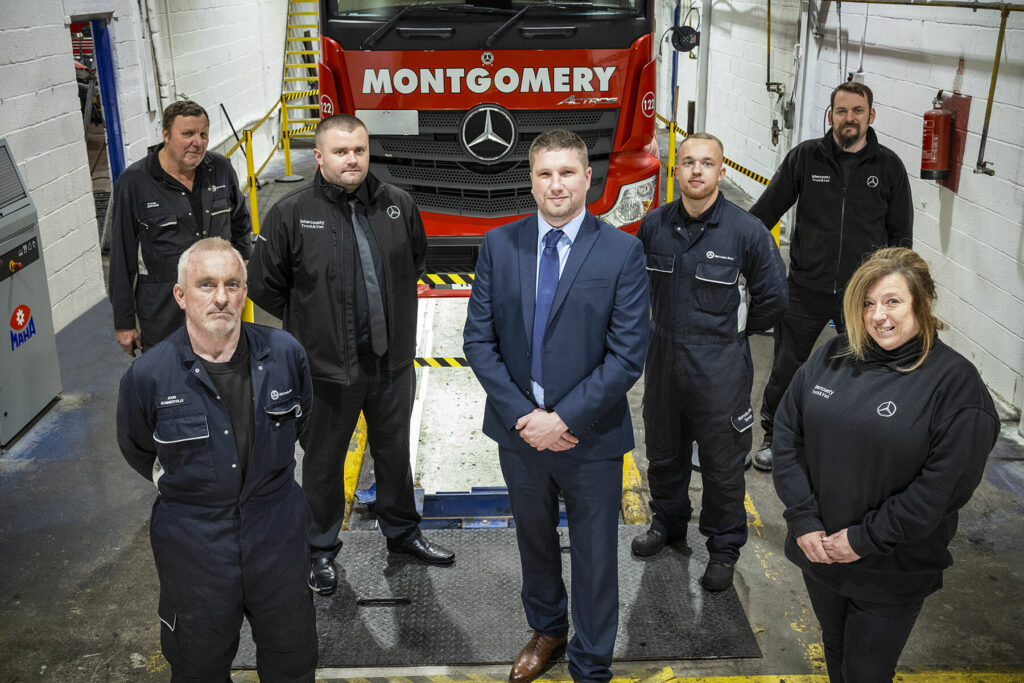