The authority set five new trucks on the road last summer, and is due to take delivery of a further six over the next few months. They replace Econics which are being stood down, in some cases after nine and even ten years’ reliable service.

Coventry City Council purchased its first Econics in 2003, and the low-entry model quickly established itself as the authority’s refuse collection vehicle of choice. The 40 examples it currently runs represent the backbone of the Council’s domestic and trade waste operation.

The first five are on domestic rounds, including collections of recyclables. In line with the Council’s previous policy, they were specified with mid-steer axles, while their Dennis Eagle compactor bodies have split bin lifts. The remaining vehicles will be assigned to a commercial waste contract – because access is an issue at some locations, they will be fitted with rear-steer axles which offer enhanced manoeuvrability. Their Dennis Eagle bodies, meanwhile, will have triple bin lifts.

Coventry City Council intends to monitor the performance of these trucks, and gauge driver feedback, before deciding whether the rear-steer set-up will also be more appropriate for mainstream domestic work.

The Mercedes-Benz Econic’s air-conditioned, flat-floored cab is easy to climb in and out of, and walk across, enhancing health and safety for crews. Its deep, wraparound windscreen, and fully glazed, folding side door, meanwhile, offer exemplary levels of Direct Vision, an important factor in helping to protect vulnerable road users.

Brian Martin, Assistant Fleet Manager at Coventry City Council, commented: “Mercedes-Benz put a lot of thought into the design of the Econic cab, which is very comfortable. We have had good feedback – the vehicle is exceptionally popular with our drivers and crews.”

He continued: “We work hard to ensure we get good value from our fleet, and we have been very pleased with the Econic. With other vehicles, we’ve worked on a five-year replacement cycle. However, the Econic is noticeably more durable – the fact that it lasts longer means we’ve typically tended to keep ours for seven and sometimes up to 10 years.”

Coventry City Council maintains the Econics in-house at its depot in Whitley, but relies on Midlands Truck & Van for parts and technical support. “Aftersales back-up is crucial,” confirmed Mr Martin. “The Dealer’s local branch is barely a quarter of a mile away and we enjoy a very close working relationship with its Service and Parts teams, who provide excellent support.”

In addition to its refuse collection fleet, Coventry City Council operates other Mercedes-Benz vehicles supplied by Midlands Truck & Van, including a handful of 18-tonne Arocs skiploaders, and wheelchair-accessible Sprinter-based minibuses. 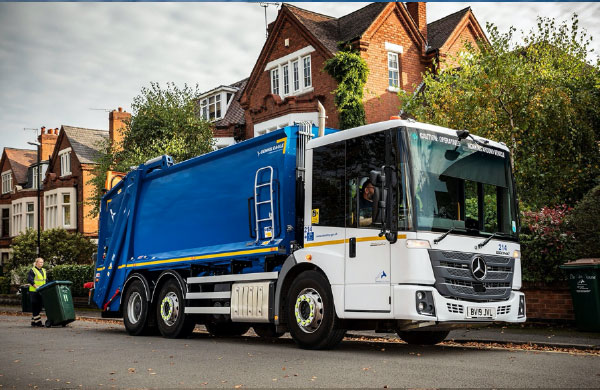 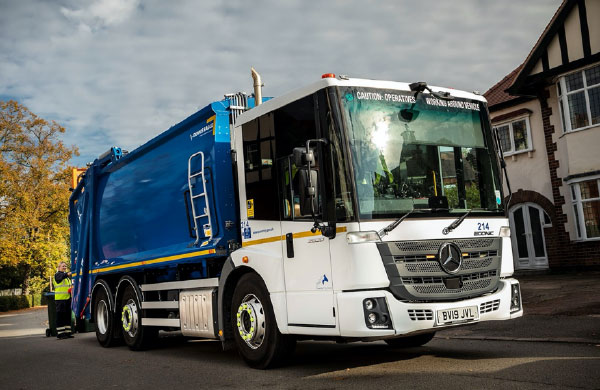 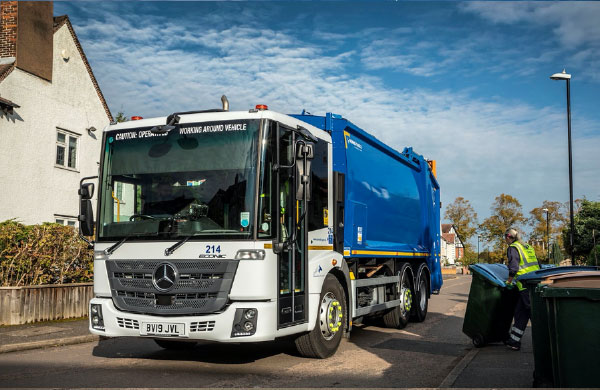 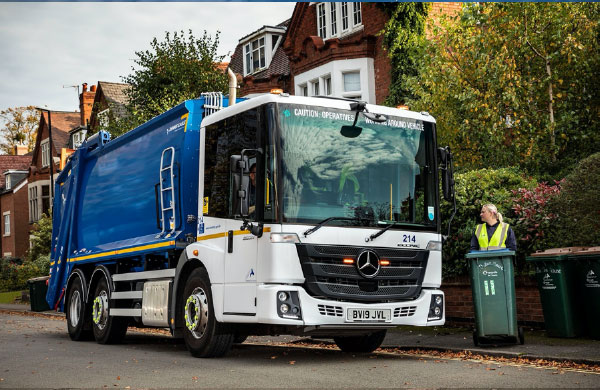