A series of orders from leading operators that demand the highest standards of aftersales support have thrown the spotlight on the impressive progress made by Mercedes-Benz Dealer Intercounty Truck & Van over the last couple of years.

Despite the fallout from Covid-19 the company, which has headquarters in Wellingborough, and other branches in Boston, Milton Keynes, Peterborough and Toddington, is on course to achieve a major turnaround in its financial fortunes. Not only is it well ahead of its truck and van sales targets, but it has also been making great strides in terms of maintenance and repairs, and parts back-up.

Key to this success has been a welcome injection of stability within its senior management team. Having worked previously in the vehicle rental sector Nick Skillman was appointed Managing Director of Intercounty Truck & Van in 2019; Darren Dowling, meanwhile, had joined the business six months earlier as its Group Aftersales Director.

With the enthusiastic support of colleagues, they have driven significant improvements in the company’s aftersales performance. These, in turn, have been instrumental in helping the Dealer to land a number of breakthrough truck orders this year.

The most recent of these was from refrigerated distribution specialist FreshLinc Group, of Spalding, which has just confirmed that it will be adding another 32 Actros tractor units to the 25 it acquired last year. “I run a ‘tight ship’ and it takes a lot to impress me,” confirmed its Fleet Engineer Andy Marchant. “But Intercounty have a good team, so long may the relationship continue and develop over the coming years.”

While FreshLinc is a relatively new convert to the three-pointed star, the Dealer has won others back to the brand. Palletline member WH Barley, of Milton Keynes, for example, took delivery in February of 10 Actros tractors. They were its first by Mercedes-Benz since 2018, after which it bought vehicles by other manufacturers.

Key to its decision to return to Mercedes-Benz, said the Milton Keynes-based operator, was the excellent relationship it enjoyed with Intercounty Truck & Van’s local workshop, which had kept a pair of Actros running smoothly, with minimal downtime, throughout the pandemic.

Prestigious orders won by Intercounty Truck & Van in recent months also include one for 106 trucks from a leading food wholesaler, and another, from Montgomery Transport, of Newtownabbey, for 100 vehicles. Like Intercounty Truck & Van, Montgomery Transport is owned by Ballyvesey Holdings, but so, too, are the franchised representatives of two other truck manufacturers.

The operator chose Mercedes-Benz on this occasion in large part because of the timely and efficient service it receives from Intercounty Truck & Van’s Dealerships, and from the Vehicle Maintenance Units (VMUs) the Dealer manages on its behalf in other parts of the country.

Other big-name concerns are benefiting from this customer-focused support too. Newmarket-based Turners is one of the UK’s biggest privately-owned transport companies and runs a mixed-marque fleet that includes Mercedes-Benz trucks supplied by another member of the manufacturer’s franchised network. So happy is Turners with the back-up it receives from Intercounty Truck & Van that it has been moving more Mercedes-Benz product into three of its depots located relatively close to, and served by, the Dealer’s Boston workshop.

Nick Skillman confided: “One of our biggest challenges since I took on this role has been to win back the hearts and minds of former customers. We’ve brought in new service-orientated people, and our priority throughout the pandemic has been to understand what operators expect and work with them as closely as possible to ensure that we meet their needs.

“We’re still far from perfect, of course, and there will always be room for improvement, but we’ve come a long way and as a result morale within the company team is much improved. Colleagues can see the upturn, while a spin-off benefit of the new business we’ve been winning from high-profile fleets is that it helps to reassure other, smaller operators, which are then more inclined to give us another opportunity themselves.”

Underscoring the progress made by its aftersales team, Intercounty Truck & Van is one of two Dealers chosen by Mercedes-Benz Trucks UK to pilot a wide-ranging project that seeks to make improvements and efficiencies by taking a fresh look at all aspects of the service process through the eyes of the customer. Now underway at Boston, it is an initiative that Aftersales Director Darren Dowling was already working on prior to the manufacturer’s involvement.

In other developments, Darren recently joined the Mercedes-Benz Trucks Dealer Council as an aftersales representative, and has just appointed Dean Bailey, who previously spent 29 years with Ryder, as Intercounty Truck & Van’s first Group Operations Manager. Dean is supporting the managers at each of the company’s sites, to achieve further improvements in customer service.

Darren commented: “Recruitment has been a challenge in the past but we’re up to our full complement of technicians, partly because staff retention has improved dramatically. We have so much work coming through the doors that we’re now advertising for more staff and are happy to exceed our head count budget in order to stay ahead of the growth.”

He continued: “Sales and aftersales are collaborating more closely than ever, and this applies when we’re pitching to potential customers as well. It’s very much a joint approach that concentrates on the whole life-cycle costs of the vehicle, and on the support we can provide. It’s a strategy that’s clearly paying off, because this business is in a much stronger position today than it’s been for a long time.”

Sophia Cross, Customer Service District Manager at Mercedes-Benz Trucks, commented: “There’s a management culture at Intercounty Truck & Van that means investments in time and resources are now being made in the right areas.

“The Dealer has been on an upward trajectory over the last few years. If you look at where it’s come from, and where it is now, the results speak for themselves. There is stability within the business, which is really important, and it’s good news from a customer satisfaction perspective too – operators are coming back because they’re getting great service. All of which is very encouraging, and reflects the hard work that Nick, Darren and their colleagues have put in.” 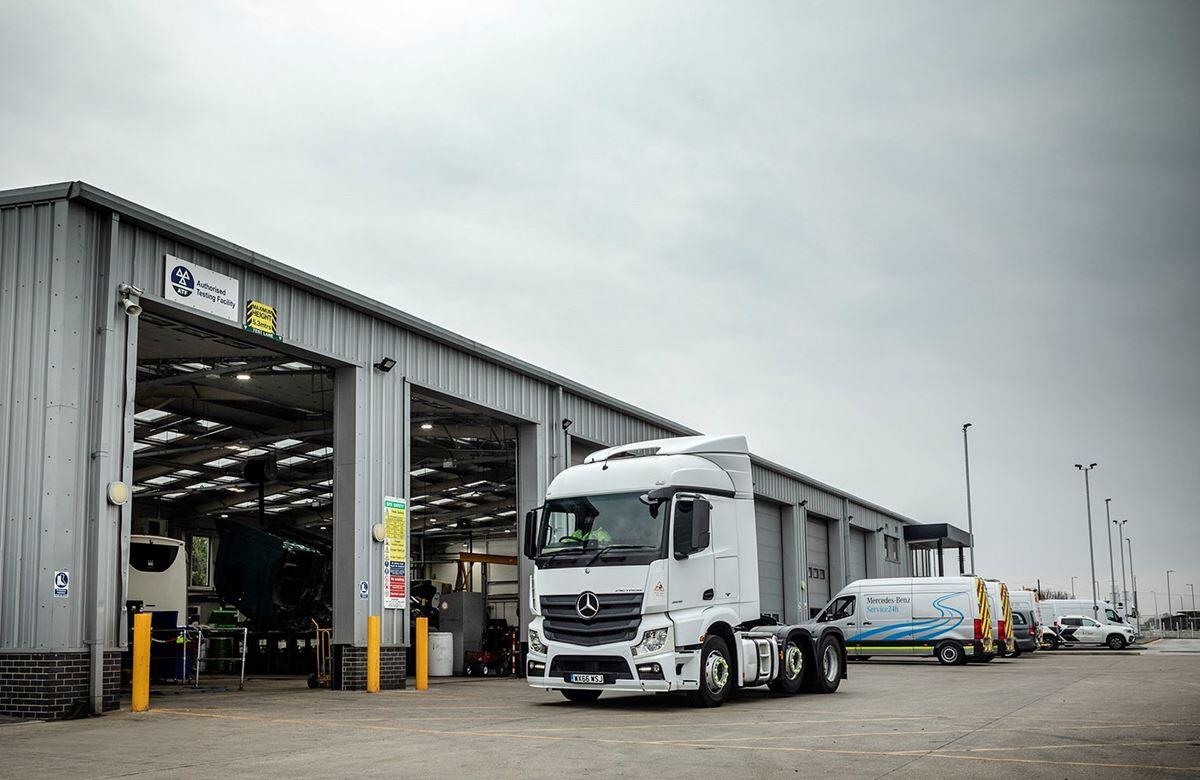 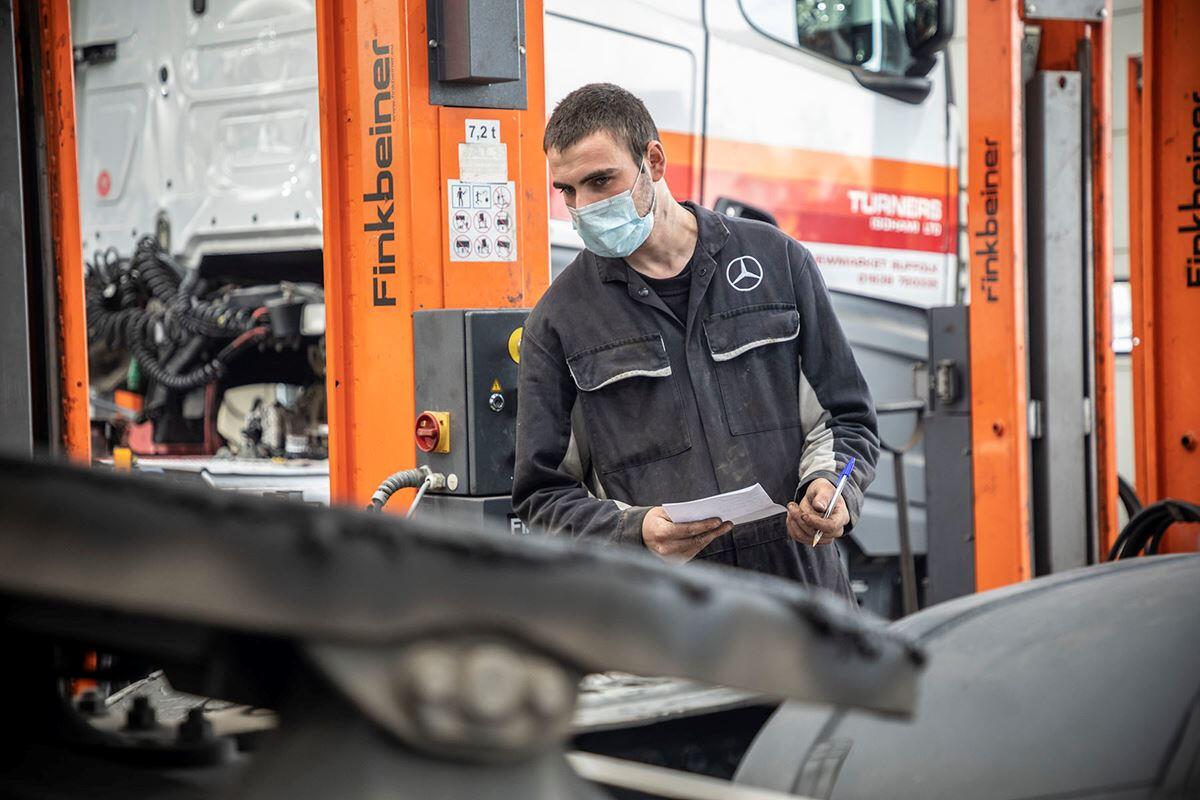 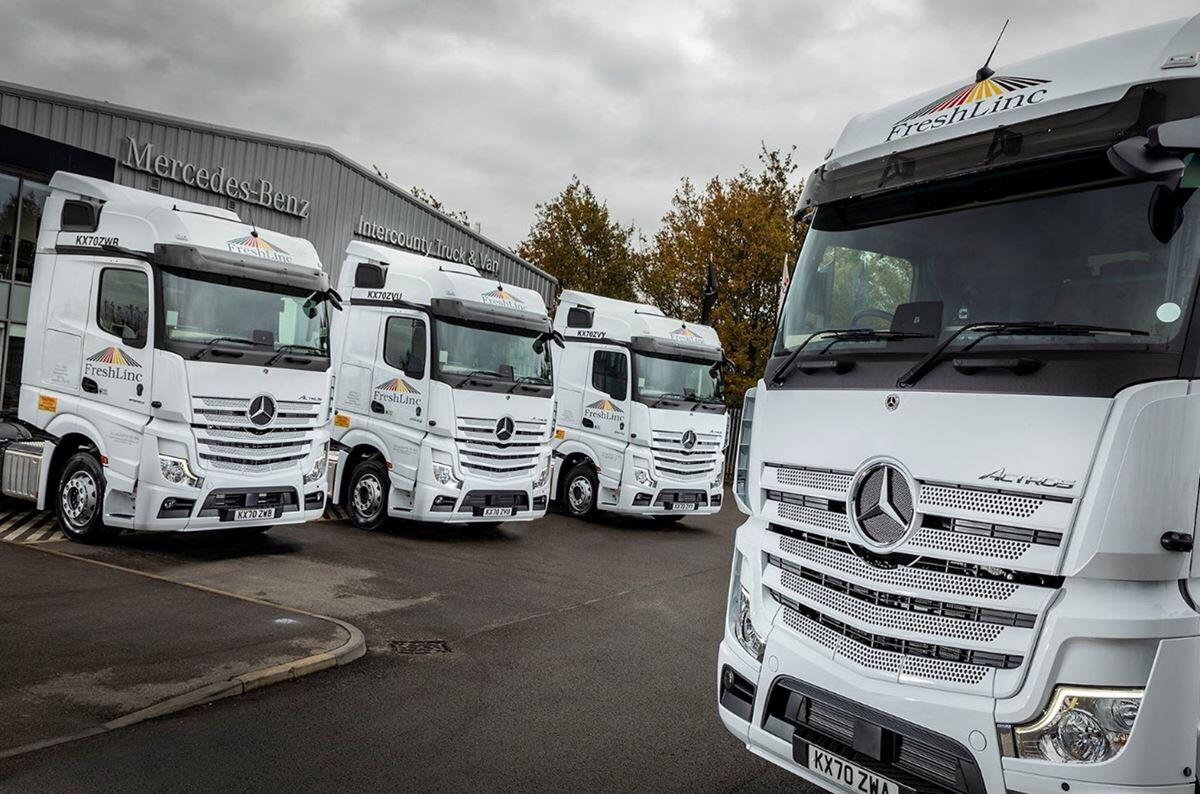