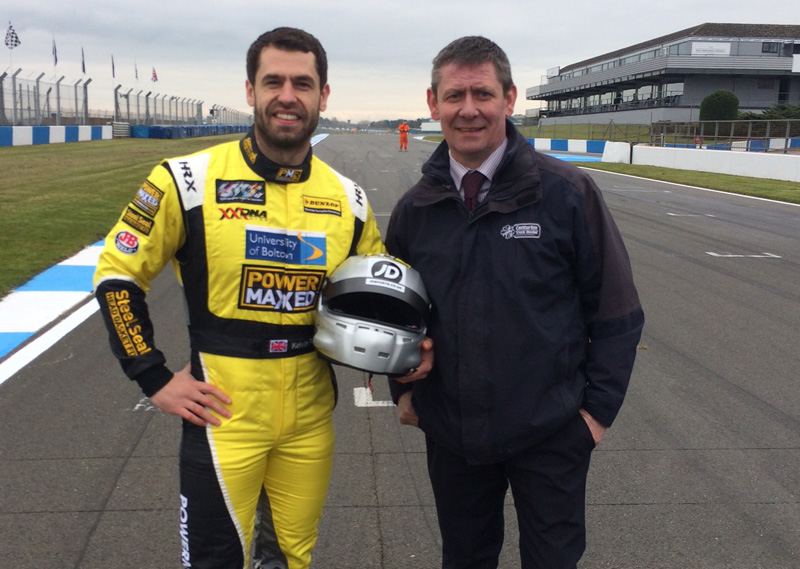 Kelvin Fletcher, son of Centurions MD, Warren Fletcher, has taken to the seat of a Power Maxed Chevrolet Cruze, for his first season in the British Touring Car Championship. This is following on from his successes in last years Porsche Carrera cup.

Established actor Kelvin Fletcher is a ‘living room favourite’ thanks to his role as Andy Sugden in one of the UK’s most loved soap operas, Emmerdale, which has over 7 million viewers each episode. Playing this beloved character for 20 years, Kelvin is an ambassador for the series, winning three ‘British Soap Awards’ for his efforts. 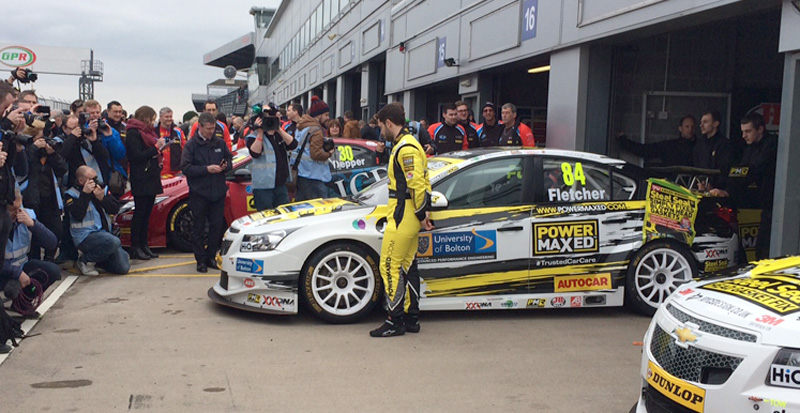 However, his talents extend beyond the camera. In 2012, he discovered he had a talent and ‘need for speed’ after a short time behind the wheel. Welcome to motorsport.
Kelvin has grown into a credible competitor, with his natural talents earning him impressive results in a short space of time, including a podium fi nish in the highly competitive Porsche GT3 Cup Challenge.
Enthusiastic and relentless, Kelvin is back in 2016 to race competitively and pursue his passion for motorsport, with the ambition and commitment he needs to make it to the top in the British Touring Car Championship.
Kelvin Fletcher means business!