Turning sixty this week and being presented with a pewter tankard from the staff at Intercounty Truck & Van, Boston coupled with a long service achievement award of a Mercedes Benz watch from senior Management was a fantastic surprise in itself.  For Paul and the team they were also celebrating what is the second anniversary of the new build at Boston which from the first spade being placed in ground to the fully completed Mercedes Benz franchised CV workshop Paul has been their every step of the way.

Paul celebrated the two year anniversary by providing the workforce with a two year anniversary cake while in the evening the staff enjoyed an evening at the Peterborough Panthers Speedway meeting which Paul personally sponsored as a memorable event on his 60th Birthday.

Great celebrations all round for not only Paul but the team at Intercounty Truck & Van, Boston. 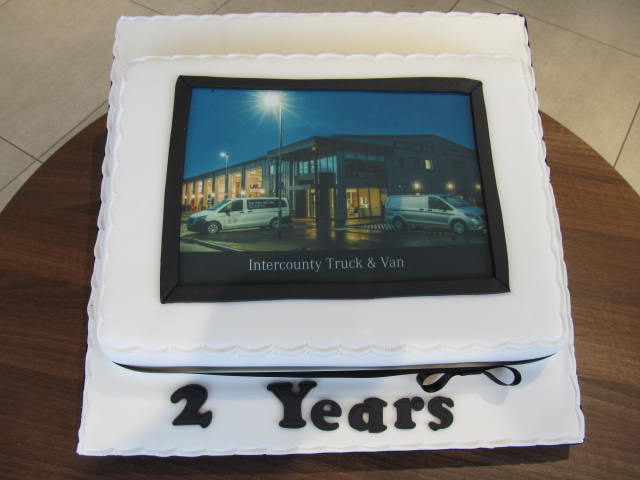 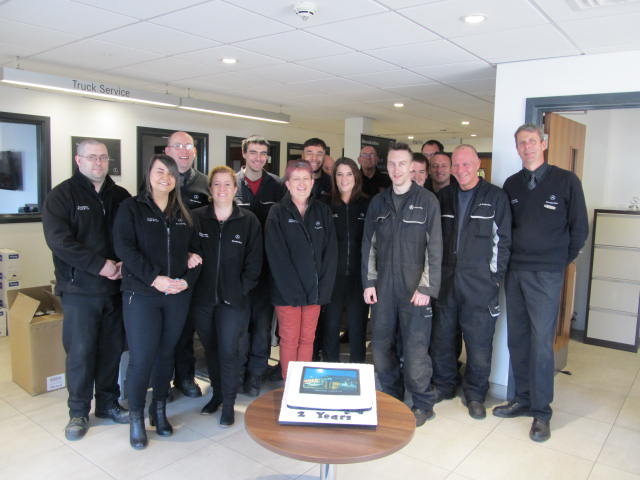 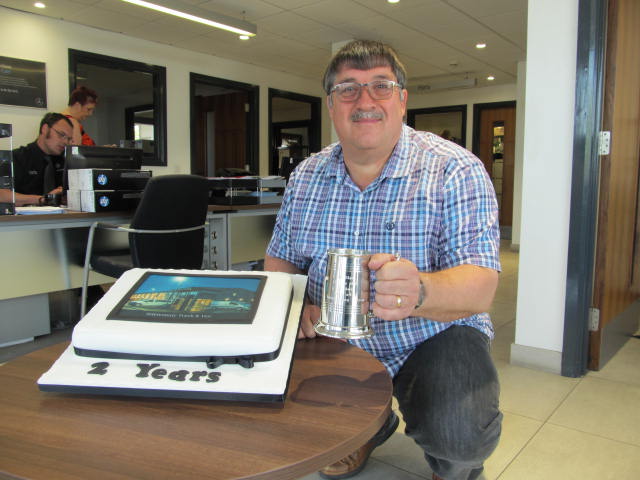